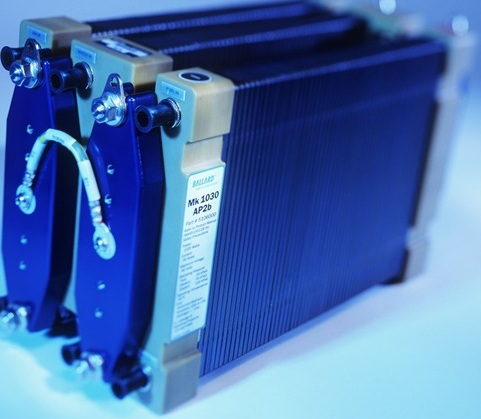 Fuel cells are devices that aid in converting the energy of a chemical reaction directly into low-voltage DC electricity and heat. The Fuel cell market is on consistent rise due to the various key benefits offered by fuel cells compared to the traditional power sources. Fuel cells boast a wide range of application than some of the other currently available power sources. Its application stretches from toys to large power plants, from household power to battlefield power, and from vehicles to mobile chargers.

The global fuel cell market report published in DataM Intelligence revealed that the market will grow at a decent pace over the forecast period. The valuation of the fuel cell market was further stated to surpass its previous valuation.

With the increasing rate of emission of carbon dioxide and other greenhouse gases from burning fossil fuels for the extraction of energy fuel, there has been a rising demand for a much more cleaner and efficient power source. This is considered to be one of the biggest driving factors behind the growth of the global Fuel Cell market. However, on the other hand, the cost associated with fuel cells can be its biggest limitation and pose to be a challenge for the global market.

The global fuel cell market is geographically distributed across the following key regions: Asia Pacific, North America, Europe, and the Rest of the World (RoW).

A number of fuel cell developmental projects are ongoing across the globe in different regions. Add to this, a vast pool of hydrogen fuel cell prototype vehicles, including cars, two-wheelers, and buses, are being tested already on the roads across several countries. This is particularly true for some of the developed nations worldwide.

National governments like Canada, the USA, and Japan stand at the forefront of financing these projects. Elsewhere in other developing countries like Brazil, China, and India, continuous research on hydrogen fuel cells is already underway for both stationary and transport application. In some comparatively small countries like Taiwan, it was reported that the government and the private sector are investing in the research of fuel cells. This has opened up new and potentially marketable technologies like electric bicycles and scooters in the global landscape.

The global fuel cell market has been segmented in terms of technology and application.

By Application, the market breaks down into stationary power, portable power, and transportation. Back in 2016, an approx. count of 62,000 fuel cell systems were reported to be shipped across the globe from the US. The figure showed slight rise from the 2015 count of 60,000.

LINGAYEN, Pangasinan, Jan. 24 (PIA) - As China is grappling to contain an outbreak of coronavirus, in the Philippipines, the ...

SYDNEY, NSW, Australia - Flags will be flown at half mast throughout New South Wales in Australia on Friday, following ...

Heads of state and government from dozens of countries arrived in Jerusalem to mark the 75th anniversary of the liberation ...

GENEVA, Switzerland (ANI/Sputnik) - The WHO Emergency Committee held a discussion on Wednesday over concerns about the coronavirus outbreak in ...

DUBLIN, Ireland - The importance of the tourism industry to Ireland has been highlighted in a report which has examined ...

SYDNEY, Australia - Shares in China dropped sharply on Friday as two populous cities in the country went into lockdown ...

Huanggang locks down over coronovirus threat

BEIJING, China - The authorities in Huanggang city in China have imposed a quarantine lockdown in a bid to stop ...