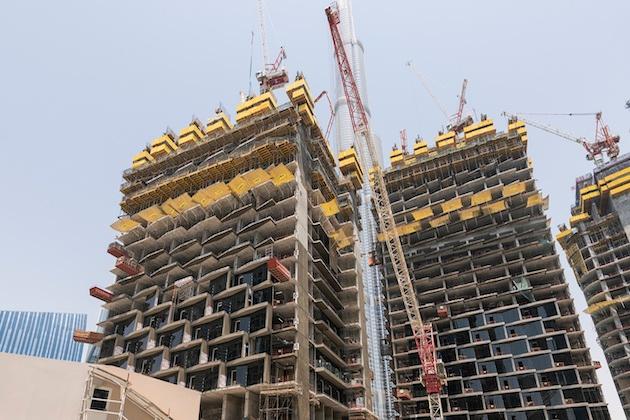 DUBAI, UAE - Dubai's largest property developer Emaar is slashing returns to investors who have bought apartments in their hotel properties.

Emaar, which established and operates the Dubai-based hotel chain which operates under The Address brand, has in recent years built a number of The Address properties. Most have included a hotel of around 200 rooms which Emmar has retained, while each additionally comprised hundreds of serviced apartments.

Participation in the hotel pool in The Address properties is by invitation, with Emaar adding apartments in accordance with the demand in each location. From the outset investors have been paid 65% of the revenue, with the balance of 35% going to Emaar.

Now however Emaar is reducing the proportion paid to investors to 55%, and increasing its own share to 45%.

If investors stick with Emaar it will be a boon for the operator. International hotel operators such as Hilton, Starwood, Hyatt and Accor, that manage stand-alone hotels, generally charge between 1 and 2% of revenue, and 6 to 8% of profit.

At a time when the supply of hotels in Dubai has mushroomed to unprecedented levels, revenues in future years are likely to be lower. Nonetheless Emaar and other operators including Damac Properties, and IFA Hotels & Resorts, continue to sell individual hotel rooms, hotel apartments, and serviced apartments, often estimating returns of 10% to 12%.

Developer Cayan is building it's first hotel, the Cayan Cantara at Dubai Science Park and is guaranteeing a 24% net return over three years. Unlike Emaar and Damac, Cayan does not have an operating arm and has appointed regional operator Rotana to manage its hotel.

The luxurious Emerald Palace Hotel which opened on Palm Jumeirah earlier this year guaranteed off-plan investors a return of 8% during the construction period, and a further 8% per annum for the first five years. Part of its deal is it covers the service charges, which can be expensive, particularly for hotel-related properties,

Emaar's The Address properties charge around AED 60 dirhams a square foot for service charges, which includes air-conditioning, broadband and subscription TV. These expenses are borne by the owners. One Address property, located at Dubai Marina has notched up a 38% occupancy rate for the past 12 months, leaving owners with barely enough to pay the services charges, and the Dewa electricity charges, which are also borne by owners.

With the return reducing to 55% of revenue those returns will be reduced even further. A new The Address hotel and serviced apartments building is under construction a kilometre away at Jumeirah Beach Residence which will also likely impact on returns. Aside from 217 hotel rooms, the two towers will comprise approximately 900 apartments.

Emaar this week announced incentives for new buyers of The Address Residences Dubai Opera (pictured), an exclusive serviced apartments development consisting of two towers, one of 65 storeys, and the the other 55 storeys. The developer is currently offering five-year post construction payment programmes, free service charges for five years and 100% waiver of Dubai Land's 4% transaction fees. The twin towers will house 803 apartments, with completion expected in July 2020.

Emaar has also launched a new management service for short-term lettings including to Airbnb, Bookings.com and Expedia. It recently launched an entire tower for this purpose at Emaar Beachfront, a man-made island near Dubai Marina. The property, South Beach, will be fully managed by 'ease,' Emaar's new short-term letting management company.

Obamagate is the latest conspiracy theory to be pushed by U.S. president, Donald Trump. It started on the morning of ...

SEOUL, South Korea - The South Korean government on Tuesday launched a 'no mask, no ride' policy on buses and ...

Tensions between Beijing and Washington add to world's Covid-19 woes

BEIJING, China - China said on Sunday that its relations with the United States were "on the brink of a ...

PARIS, May 26 (Xinhua) - French President Emmanuel Macron on Tuesday vowed to massively back the auto sector to help ...

HUAWEI WATCH GT 2e emerges as the bestseller on Flipkart

LOS ANGELES, California - California avocados gained access to the Chinese market as a result of the China-U.S. phase-one economic ...

How can the United Nations sustainable development goals improve health and education, reduce inequality and spur economic growth while the ...