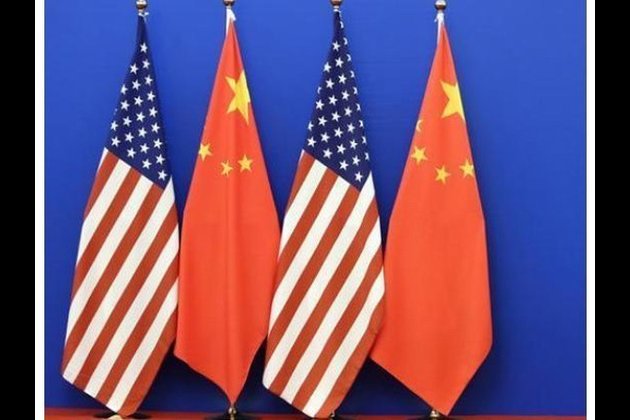 Beijing [China], Dec 8 (Sputnik/ANI): The bilateral trade between China and the United States decreased by 15.2 per cent in the first 11 months of 2019 as compared to the same period of the previous, totalling USD 494.5 billion, the Chinese General Administration of Customs said on Sunday.

Chinese exports to the United States dropped by 12.5 per cent to $ 383.5 billion between January to November, while imports from the US to China saw a 23.3 per cent decrease year-on-year, reaching USD 110.9 billion, the agency said.

The world's two leading economies have been engaged in a trade war for over a year over what US President Donald Trump deemed unfair economic conditions and non-competitive behaviour from China.

China has denied such claims, saying that the trade row is not beneficial to either side or the world economy. The standoff translated into tit-for-tat hiking of tariffs on imported goods between the countries. (Sputnik/ANI)

Prison in eastern Afghanistan under ferocious attack by ISIS fighters

KABUL, Afghanistan - An attack on a prison in eastern Afghanistan by ISIS fighters which began on Sunday has continued ...

The seven Marines and sailor missing after their amphibious assault vehicle sank off the California coast are presumed dead as ...

WASHINGTON, DC - U.S. President Donald Trump is banning the use of the TikTok app, widely used by Americans particularly ...

MEXICO CITY, Mexico - Mexico has recorded more coronavirus-related deaths than the UK, and as the figure rose above 47,000 ...

Business and private jets flying from Israel's Ben-Gurion Airport to the United Arab Emirates are a fairly regular occurrence, although ...

U.S. decision to dump WHO dangerous and irresponsible

Microbes do not recognize borders. We are all safe only when everybody is safe. In a pandemic, to attack the ...

Former World Wrestling Entertainment star Dwayne "The Rock" Johnson has reportedly teamed up with an investment firm to purchase the ...

SYDNEY, NSW, Australia - Stocks in Asia were mixed on Monday as the U.S. dollar attempted a comeback, after weeks ...

WASHINGTON, DC - The U.S. Securities and Exchange Commission said Friday that Bausch Health, a multinational pharmaceutical company based in ...

DUBLIN, Ireland - Good news for the tourism industry in Ireland. A total of twenty-six airlines have now resumed operations ...

Three people including a minor face charges over Twitter attack

SAN FRANCISCO, California - Three people, including a teenager and a juvenile, were charged on Friday for their alleged roles ...