Gulfport highway accident damaged a truck and several other cars

Due to the large frames of trucks, they can collide with several other vehicles after an initial impact. An accident that involved a truck and four other vehicles happened on Interstate 10 near Gulfport, Mississippi.

Multiple vehicle crash leaves a truck flipped on its roof

The Mississippi Highway Patrol responded to the area of mile marker 27 on Interstate 10 in Harrison County. The crash happened at around 6:30am in the morning rush hour traffic.

There were few details about how the incident began, but several vehicles travelling westbound all ended up colliding with each other. There were four cars involved and the truck that appeared to be caught in the middle ended up flipped over and on its roof. An ambulance from American Medical Response arrived at the scene to treat four victims. Two of the most seriously hurt individuals needed to be transported to a local hospital, but their injuries were not life threatening.

The Harrison County Sheriff's Office also responded to the scene. They did not report any fatalities associated with the accident.

Photos from the area showed severe damage to all vehicles involved, and the truck still appeared to be lying on its roof in the middle of the street.

How should victims involved in truck accidents respond?

There are a few different situations that are associated with most truck accidents.

The first is when a truck driver is injured while they are driving a commercial vehicle. Because these are usually considered work related injuries, there may be options such as workers compensation claims for lost wages, as well as lawsuits against the employer or the driver responsible. Many lawyers have a number of different things that they can do to assist people who are injured while working.

Another common scenario is when a driver is hurt by a truck that is being used for business purposes. In most cases like this, the business that owns the truck rather than the individual driver will be sued. This is generally done because the business may have special insurance or other means of paying for large medical expenses and other problems. The driver who works for the company will not have similar financial means. The business is strictly responsible for the driver's negligent operation of the truck, as long as the employee was engaged in their standard job duties when the incident happened.

Get help from a local attorney who focuses on truck accidents

There are lawyers in Gulfport and nearby parts of Mississippi who dedicate their practice to helping people who have been injured in collisions that involve large trucks. You can use the listings on USAttorneys.com to find a professional in your area and get advice about how to proceed with a lawsuit.

Russia helps US in the fight against coronavirus 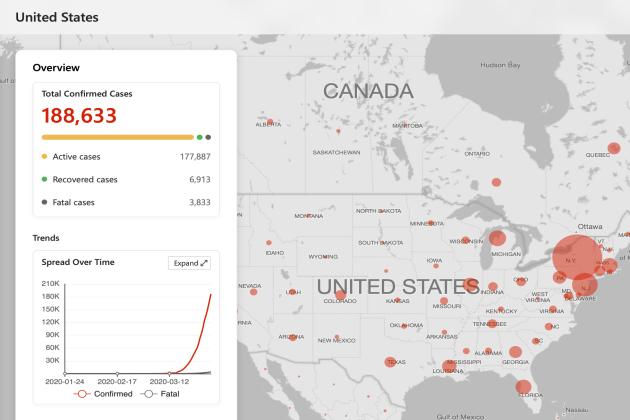 Moscow has the biological strains that Washington needs to create a vaccine against 2020's uninvited guest.US President Donald Trump said ...

WASHINGTON, DC - As the cases of coronavirus worldwide approaches 800,000, deaths in the United States have now passed 3,700.The ...

Thousands of stranded cruise ship passengers told to 'piss off'

SYDNEY, Australia - Australia has taken a hard line, turning away six cruise ships with thousands of people on board.The ...

Chinese, Russian and European countries get OK from U.S. on Iran

PanARMENIAN.Net - The U.S. government has extended for another 60 days sanction waivers that allow Russian, Chinese, and European countries ...

Duke and Duchess of Sussex quit Canada for California

LOS ANGELES, California - Prince Harry and Meghan Markle, and their son Archie, have moved from Canada to California - ...

NEW YORK, New York - U.S. stocks were battered on Tuesday as traders and investors fretted about the state of ...

DUBLIN, Ireland - The European Commission on Tuesday approved a €200 million support package for Irish companies impacted by the ...

SYDNEY, Australia - Encouraging economic data out of China provided a boost to Chinese share markets on Tuesday, b ut ...

WASHINGTON, DC - U.S. airlines set to receive $25 billion in an initial tranche from the Federal Government may not ...

DUBAI, UAE - The Dubai property crash Mark II which began in 2014 is gaining momentum due to the coronavirus ...

SYDNEY, Australia - Shares in Asia generally were sharply weaker on Monday, as investors and traders brace themselves for another ...