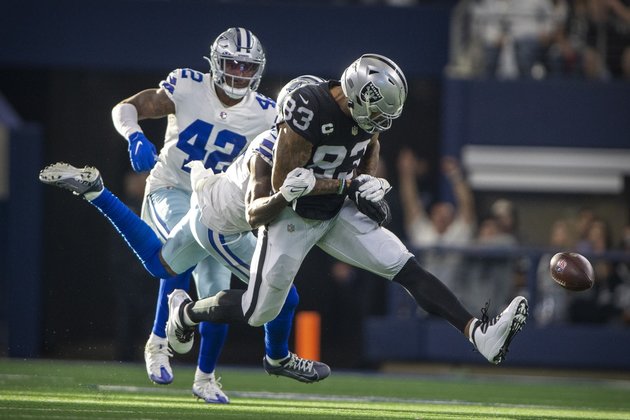 Waller sustained knee and back injuries during Las Vegas' 36-33 overtime victory over the Dallas Cowboys on Thanksgiving Day. He didn't practice at all this week.

Waller has caught 53 passes for 643 yards and two touchdowns in 10 games this season. Last year, he was a Pro Bowler when he established career bests of 107 receptions, 1,196 receiving yards and nine touchdowns.

Running back Josh Jacobs is listed as questionable after injuring an ankle during practice on Thursday. He was limited the past two days.

Also listed as questionable is recent addition DeSean Jackson. The receiver is dealing with a calf injury and was limited Friday after missing Thursday's practice altogether.