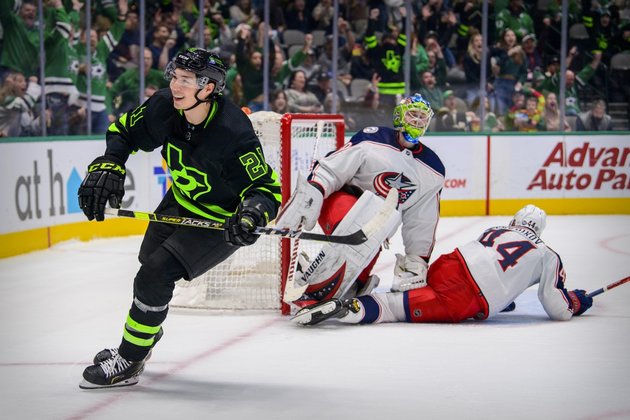 The Dallas Stars look to take their winning streak into the franchise record books when they host the Arizona Coyotes on Monday.

After six consecutive victories, the Stars are on the verge of tying the club record of seven wins in a row. The mark has been reached five times in Stars history, mostrecently during the 2019-20 season.

Amongst the many things clicking for Dallas right now, the line of Jason Robertson, Joe Pavelski and Roope Hintz has been carrying the offensive load. The trio have combined for a whopping 27 points (14 goals, 13 assists) over the last six games.

Robertson and Pavelski are each on four-game point streaks, with Pavelski riding an even more notable multi-point streak. Pavelski has at least two points in each of his last four games, with nine (three goals, six assists) on the scoresheet during that time.

The strikes have also been coming early and often, in history-making fashion. Dallas is the first NHL team to ever score within the opening 75 seconds of four consecutive games.

All of this quick action has come from the Stars' top line. Hintz has two of the early goals, Pavelski one, and Robertson scored 68 seconds into Thursday's 3-2 win over the Columbus Blue Jackets.

"I just think we're ready to go, we're ready to start the games," Robertson said. "Especially these past couple of games, we just feel confident, ready to go on the first shift and the puck is really finding our sticks in the early going."

The Coyotes have already been part of the Stars' win streak, dropping a 3-2 result on Nov. 27.

That loss is part of a 1-4-0 stretch for the Coyotes that reached a low point in their most recent outing. Playing on home ice last Friday, Arizona took a crushing 7-1 loss to the Vegas Golden Knights.

"They're beating us up the ice all night, (they) had odd man opportunities, and ... there was a ton of rush goals for them," said Travis Boyd, who scored the Coyotes' only goal. "At the end of the day we just can't give up that many opportunities for them."

Arizona has a league-low 12 points and also sits near the bottom of the standings in both goals scored (43) and goals allowed (89). As a result of these offensive and defensive struggles, the Coyotes are 1-13-1 when opponents have scored three or more goals in a game.

Since Karel Vejmelka was scorched for seven goals on 32 shots against Vegas, Scott Wedgewood is likely to get the start in net on Monday. Wedgewood stopped 26 of 29 shots against Dallas in their previous meeting.

Dallas coach Rick Bowness said goaltenders Jake Oettinger and Braden Holtby will split starts over the next four games. The exact order of appearances isn't known, though both goalies have been playing well.