Eagles focused on stopping Brady in playoff battle with Buccaneers 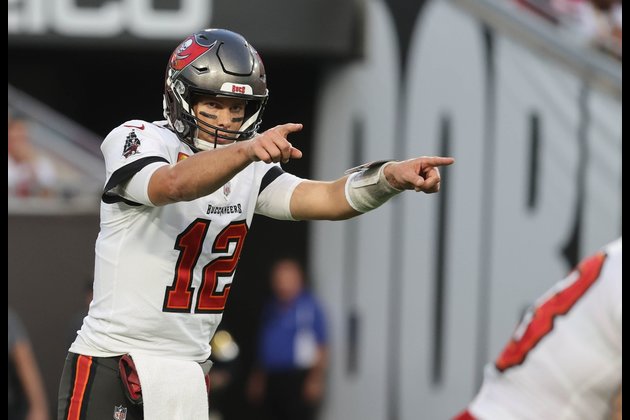 If the Philadelphia Eagles hope to upset the reigning Super Bowl champs on Sunday in Tampa, Fla., their defense must apprehend a "trained killer."

That's how Philadelphia defensive coordinator Jonathan Gannon referred to veteran Tampa Bay quarterback Tom Brady this week as the Eagles (9-8) prepare to battle the Buccaneers (13-4) in an NFC wild-card game.

It's a rematch of a Week 6 game in Philly where Brady passed for 297 yards and a pair of touchdowns in a 28-22 win. The Eagles intercepted him once but recorded no sacks and only three QB hits.

"This guy, he's a trained killer," Gannon said. "He knows how to play good offense and what he needs to do to keep his offense on track, so it's going to be a big-time challenge."

"Get him out of his comfort zone a little bit," Gannon said when asked how to beat Brady, a seven-time Super Bowl champion. "He typically has success versus most people, but I do think that we've got to be able to get him a little bit out of rhythm with the different tools that we have to do that."

Brady, who led the NFL in passing yards -- with a career-high 5,316 yards -- for the fourth time and in passing scores (43) for the fifth time, won't have wide receivers Antonio Brown (released) or Chris Godwin (injured) this time. They combined for 14 catches, 136 yards and a touchdown in the Oct. 14 win in Philly.

However, Brady will have trusty tight end Rob Gronkowski, who missed four games in October with fractured ribs.

The overwhelming edge in experience for Sunday afternoon's game belongs to the Bucs. It's the playoff debut for first-year Eagles coach Nick Sirianni and second-year quarterback Jalen Hurts, while Brady has nearly twice as many career playoff wins -- 34, an NFL record -- as Hurts has NFL starts (19).

Tampa Bay held Hurts to 115 yards on 12 of 26 passing in Week 6, with one touchdown and one interception, but he did score two second-half rushing touchdowns to make it close.

The Eagles have the NFL's top rushing attack at 159.7 yards per game, led by Hurts, who has totaled 784 yards and 10 touchdowns on the ground in his second pro season. Running back Miles Sanders is just behind him with 754 yards. Sanders (broken hand) and backup Jordan Howard (COVID-19 list) both missed last week's loss to the Dallas Cowboys, but Sirianni said he is hopeful both will play Sunday.

Philadelphia fell to 2-5 after losses to Tampa Bay and the Las Vegas Raiders in Weeks 6 and 7, but turned things around with a 6-1 stretch from Weeks 10 to 17.

"We're playing a team that's very talented and made it to this point for a reason," Brady said. "... This is a football team that has been playing really well, good on offense, they have a very good defense, good front, very healthy. It's going to be a very tough game."

The Buccaneers are 7-1 at home this season, while the Eagles are 6-3 on the road.

The last time they met in the playoffs was the 2002 NFC Championship, the final football game played at Philadelphia's Veterans Stadium. Tampa Bay won 27-10 and went on to win the franchise's first title in Super Bowl XXXVII.

Brady guided the Buccaneers to their second championship last season, while the Eagles are back in the playoffs for the first time since a wild-card loss to the Seattle Seahawks on Jan. 5, 2020.

MEXICO CITY, Mexico: In a blow to the country's press corp, two Mexican journalists who had reported their country's slide ...

Water main break causes homes to be evacuated in Washington

BELLEVUE, Washington: Fire officials in Bellevue, Washington said two people escaped from a home that partially slid off its foundation ...

President Biden and the Democrats were highly critical of President Trump's foreign policy, so it was reasonable to expect that ...

AL-ULA, Saudi Arabia: Shedding light on the lives of the ancient inhabitants of Arabia, archaeologists from the University of Western ...

NEW YORK CITY, New York: Telecom companies have rolled out 5G networks in various locations across the United States over ...

WASHINGTON D.C.: The U.S. Department of Agriculture (USDA) has said that this year's orange crop will produce a smaller yield ...

SYDNEY, NSW, Australia - Stocks in Asia fell almost across-the-board on Friday, with the biggest loser the ASX.The Australian All ...

LONDON, England: Consumer prices in the UK have risen at their fastest rate in nearly 30 years, but experts warn ...

The Day the Earth Caught Fire