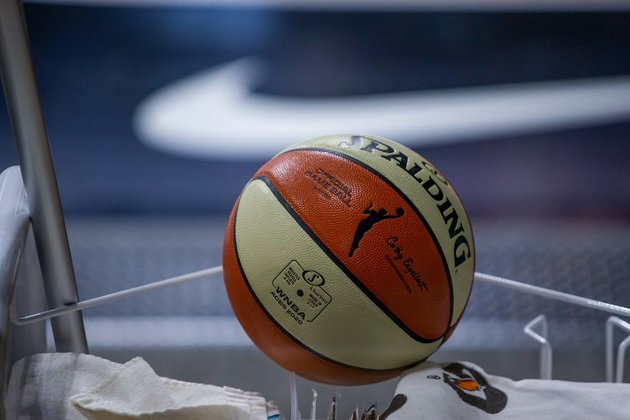 Kelsey Plum scored 19 of her 26 points in the third quarter to fuel the visiting Las Vegas Aces to a 94-69 victory over the reeling Indiana Fever on Sunday afternoon in Indianapolis.

Plum sank 9 of 12 shots from the floor -- including 3 of 4 from 3-point range -- as Las Vegas (22-8) extended its winning streak to four games after defeating Indiana for the second time in three days. The Aces overcame a sluggish start to post a 93-72 win over the Fever on Friday night.

Las Vegas remained one game behind first-place Chicago (23-7) as both teams vie for the top overall seed in the upcoming playoffs. The Sky posted a 95-92 overtime win against the Connecticut Sun on Sunday afternoon.

Indiana native Jackie Young and A'ja Wilson each had 13 points for Las Vegas, which shot 50.7 percent from the floor on Sunday.

NaLyssa Smith recorded 20 points and 13 rebounds and fellow rookie Destanni Henderson scored 16 points off the bench for the Fever (5-27), who have lost a franchise-high 14 straight games.

Indiana played its first game without leading scorer Kelsey Mitchell, who has been ruled out for the season with a plantar fascia tear in her left foot.

Las Vegas held a 43-31 lead at halftime before Plum effectively put the game away in the third quarter. The All-Star Game MVP sandwiched a pair of 3-pointers around two foul shots in a personal 8-0 run before converting from beyond the arc and twice from the interior to stake the Aces to a 71-48 advantage at the end of the quarter.

Chelsea Gray used a behind-the-back inbounds pass to find Young for an easy layup to give Las Vegas a 20-11 lead with 41.5 seconds to play in the first quarter.

The Fever pulled to within four before the Aces scored 10 of the final 12 points of the second quarter to take a 43-31 lead at halftime.